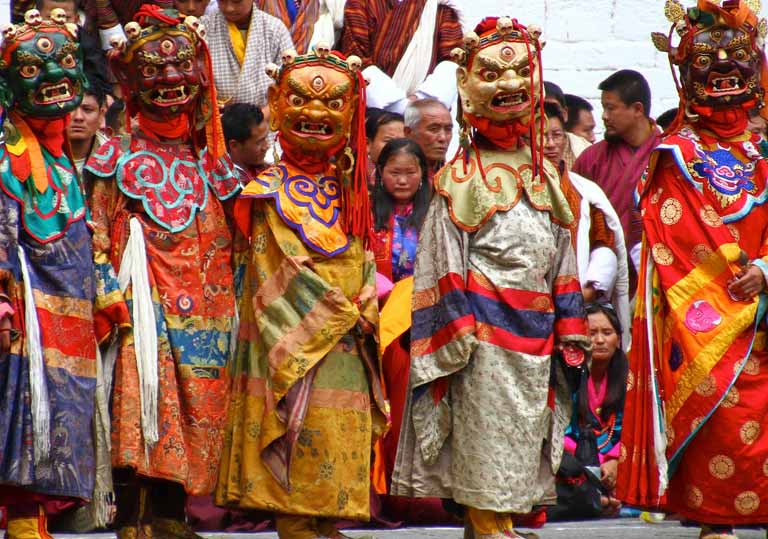 Trashiyangtse is a beautiful small town and a well known tourist destination. Before Trashiyangtse used to be the sub division of Trashigang but in 1992 it became fully established as a newly formed dzongkhag of Bhutan which lies at an altitude of 1750 m to 1880 m above sea level. This is the place with the junction of cultural, natural and historical sources of Bhutan. Trashiyangtse covers the area of 1437.9 square kilometer. It is one of the rapidly growing administrative centres. Trashiyangtse makes a fascinating tourist spot in Bhutan with a unique location. The view of nature with surrounding valleys and hilly slopes attract the eyes of people.

How to reach Trashiyangtse:

Places to visit in Trashiyangtse The Institute of Zorig Chusum was established in order to promote and preserve the cultural Heritage of Bhutan. Formerly the institute of Zorig Chusum was known as the Rigney Training Institute. The institute works under the Department of Human Resources and Ministry of labour and Human Resources. This training institute was established in 2nd june 1997. Mr. Lam Kelzang acted as the Principal with two instructor and 22 students. Now the number of students has increased to 170+ and the numbers of instructors are more than twenty. The institute is located between the Trashiyangtse General Hospital and Bhimkar Village of Trashiyangtse Dzongkhag which is 2kms above the Chorten kora. The institute provides courses in various fields including painting, carving, sculpturing, wood carving, traditional ornament making, tailoring of traditional clothes and hand embroidery, etc. The Institute provides hostel facilities to both girls and boys with other facilities such as play ground, video rooms, multipurpose hall, workshop programs, class rooms, library facilities, training centres, etc. The sale of their products is kept in various exhibitions which are all later on used as development fund for the Institution. Tourist from different places visit this institute to view the traditional and cultural craft works done by the students and usually gets highly influenced by their impressive handicrafts, architectural structures, paintings, etc.. Chorten Kora of Trashiyangtse is said to be built in the same style as that of Baudha Stupa of Nepal lying on a low river valley below the Trashiyangtse town. The structure is said to be the most historical structure of Buddhist culture. Lots of tourists are attracted throughout the year in this beautiful place which is gaining its importance as the popular location of sightseeing in Trashiyangtse. Lama Gnawang Lodey built this chorten in 1740. It is said that the chorten was built in the site where demon was subdued. An annual festival is celebrated in Chorten Kora on the 15th day of the third month. People from different places assemble here to celebrate this festival. Hundreds of Dakpas from Arunachal Pradesh visit the chorten every year during the festival time. 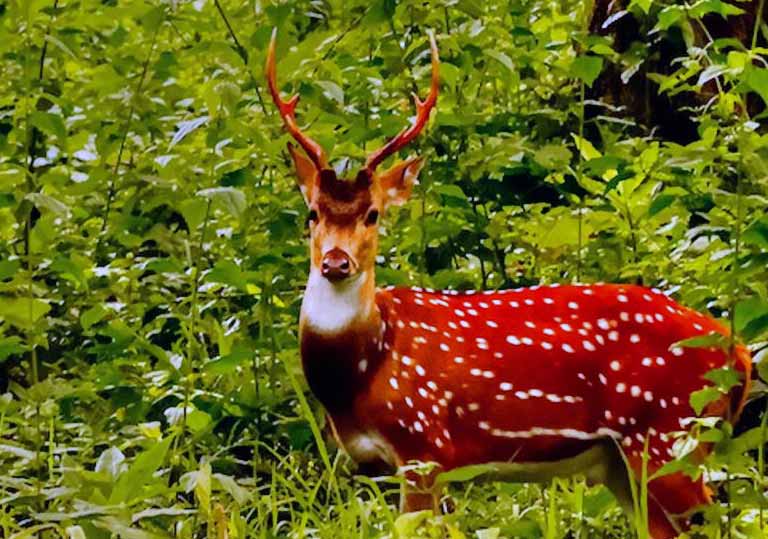 The Bumdeling Wildlife Sanctuary which covers the northern half of the Trashiyangtse Dozangkhag is the other attraction of Trashiyangtse which is well known for its endangered species, Black-necked Cranes. It covers total land area of 1,520.61 square kilometre and is situated at an elevation of 4900 ft to 20,000 ft. Though the sanctuary was planned during 1995 but it was established only on 1998. The Bumdeling Wildlife Sanctuary has also been listed in the World Heritage list by the Bhutan Government. The Sanctuary has been the house of various species of flora and fauna including more than 200 species of birds and 100 species of mammals which includes the red panda, Himalayan black deer, musk deer, jungle cat, tigers and leopards, etc. Different species of butterflies are also one of the most attracting part of this Sanctuary. The Sanctuary has been the best location of bird watching. The endangered species such as black necked crane migrate to this place in the winter times and are mostly seen during the months from November to March. The Sanctuary also has the record of White tailed eagle. Bumdeling Wildlife Sanctuary makes the best place of wildlife lovers. 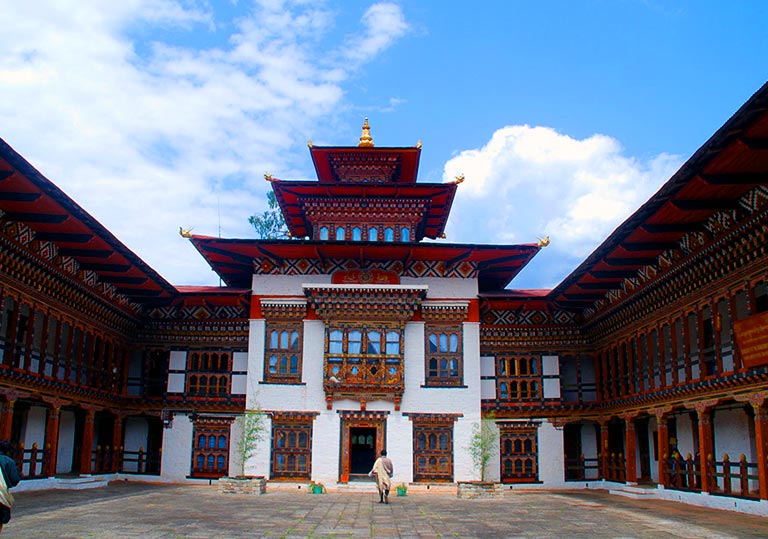 Trashiyangtse Dzong is one of the sacred Dzong built in a steep slope of a hill at the confluence of two rivers Dongdi Chu and Kholong Chu. The Dzong was built by the grandson of Lhasey Tshangma known as Gonkar Gyal. The Trashiyangtse Dzong was known as Dongdi Dezong before and is said to be the oldest monasteries of eastern Bhutan. The statue of Avalokiteshvara with 11 faces is the main statue of this three storied Dzong which is located at the top floor of the Dzong. It is said to be discovered by an old lady residing in a nearby village. Je Khenpo Trulku Jigme Choeda renovated the Trashiyangtse Dzong recently in 2005 for some sacred ceremony. The Dzong has lots of historical aspects of Trashiyangtse Dzongkhag. Tourist usually gets attracted due to its beautiful location and its historical impacts.