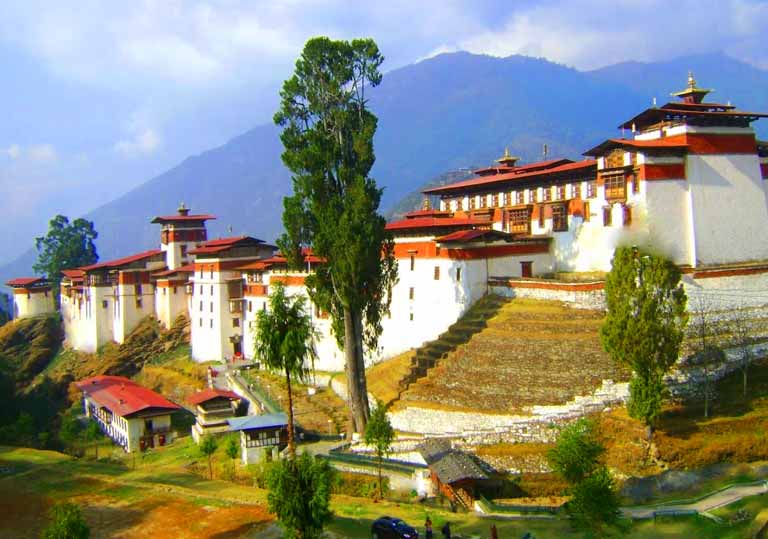 Trongsa is a small town located in the Trongsa Dzongkhag, in the central part of Bhutan at an altitude of 2300 m. The word Trongsa means ‘New Village' in Bhutanese term. It is a historical place of Bhutan as most of the kings regulated their kingdom through the administrative seat of Trongsa in the ancient times. It is said to be the place where the first monastery of Bhutan was built. The main town of Trongsa consists of safe and clean streets with the white painted traditional houses. The landscape and the location of Trongsa valley are spectacular. Trongsa seems to be the best place to break your journey while you are travelling from Thimpu to Jakar Valley.

How to reach Trongsa:

The month of December and January have the best record of tourism till present day. The climate seems to be pleasant and calm. The visitors can enjoy their sightseeing and the natural surroundings of Trongsa. In the month of December and January a Five day long Trongsa Tsechu is held in the northern courtyard which is the most unique attraction of Trongsa district. Lots of tourists arrive from different parts of the world to view the Trongsa Tsechu.

Places to visit in Trongsa 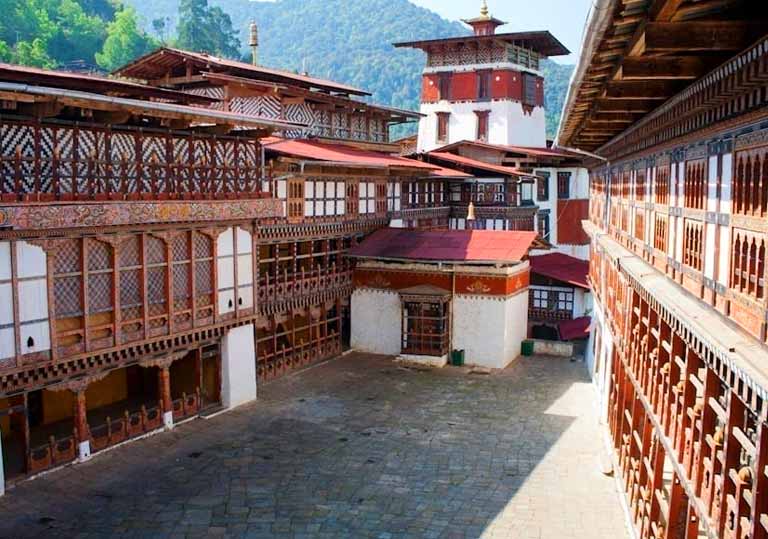 Trongsa Dzong is one of the largest Dzong in Bhutan. It is located in Trongsa Dzongkhag which was constructed in 1644 creating an impressive site for miles around. It also acts as one of the important administrative buildings providing headquarters to the Trongsa district Government. The Dzong of Trongsa is the main attraction of tourism in Trongsa district which is located on the rocky patches of hills above the swift flowing river Mandga Chu. The architectural structure of Trongsa Dzong is the best part of view, this gives you the idea of Bhutanese tradition, culture and there religious aspects. Till present day the Dzong of Trongsa has been repaired for several times and it was extensively renovated during 1927, 1999 and 2008. Trongsa Monastery also acts as the major monastic residential building where more than 200 monks reside. The Dzong constitutes of huge corridors, courtyards, passageways and the whole complex contains more than 25 temples all dedicated to tantric. Other than official site the Dzong has merely been a monastery of Trongsa. This monastery is affiliated to the Kurje Monastery of Bumthan Valley and the monks of Trongsa often spend their summer in Bumthang Valley. Traditional woodblock printing is one of the important parts of Trongsa Dzong where printing of religious texts are done .A festival of Trongsa Tsechu is held in the month of December- January for 5 days where you will have an opportunity to watch the popular mask dance of Bhutan. Tourists around the world visit Trongsa during this Festival. 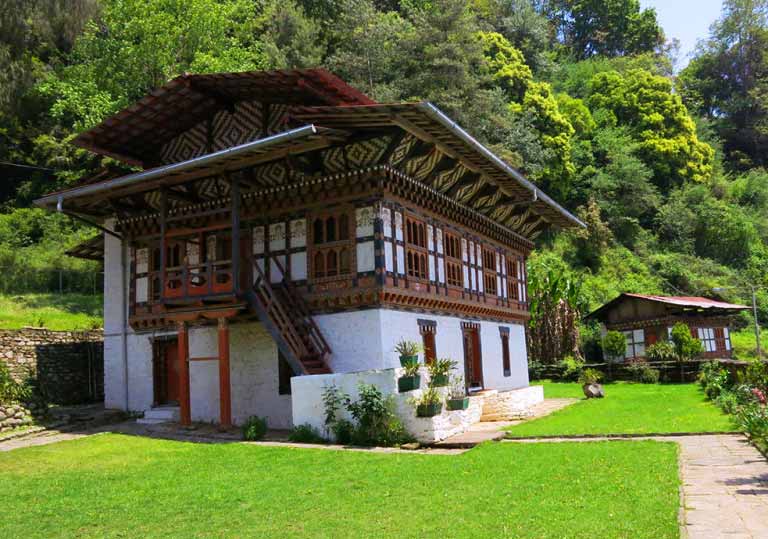 Thruepang Palace is a palace of second king of Bhutan Jigmi Wangchuk which was built by him during 1920. The third king of Bhutan Jigmi Dorji Wangchuk was born in this palace in 1928. At present the palace is used by the reigning monarch of Bhutan as the official site of Trongsa when they are on a visit. The palace is located nearby to the Trongsa Dzong and the present day local market of vegetables. The palace looks more like a big house than a palace with two storied building. Its structure seems to be iconic and the design of Palace seems to be magnificent the paintings are of great value. The front courtyard of palace is beautifully covered with a large green lawn and gardens which make the view of palace more lively. The Thuepang Palace is one of the symbols of monarchy in Kingdom of Bhutan and the palace is still used by the royal family on some occasions. The Ta Dzong popularly known as National Museum of Bhutan was built by Chogyal Minjur Tempa in 1652 which was a task entrusted by Zhabdrung Ngawang Namgyal. The Ta Dzong forms the cylindrical structure, five storied building made up of stone. After construction of more than 350 years it has been converted to a museum. This museum represents the tradition and culture of Bhutan in an extra way. The museum blends the ancient traditions with the modern traditions and culture of Bhutan and its full focus is in the culture and tradition of Bhutan. The museum displays more than 200 articles which are of great value and includes ancient paintings, scrolls, prayer books, statues, textiles, ritual customs and objects, etc. Ta Dzong has been one of the structures which have been restored to tribute the Wangchuk Dynasty of Bhutan. The Dzong or the monastery usually attracts large number of tourists which mainly comprises of students, scholars, connoisseurs all over the country.

This small village is the best place of excursion around Trongsa District of Bhutan. Semji village is a small ancient village 7 kms away from Trongsa and is the best place to view different species of birds, in the whole region. A short hiking to Semji Village from Trongsa takes less than one hour of walk where you will come across the dense forest and an opportunity for ideal bird watching. The people in this village still follow the ancient tradition and culture of Bhutan. The natural surroundings form a pleasant and peaceful environment. The villagers seem to be welcoming and warn hearted. The whole hiking of Semji village will take around 4 to 5 hours. Due to absence of main highway in the village you need to hike back to Trongsa town.